This program helps you make sense of contigs in one or more contigs-dbs.

You can use this program on a single contigs database the following way:

Alternatively, you may use it to compare multiple contigs databases:

If you are comparing multiple, each contigs databse will become an individual column in all outputs.

If you run this program on an anvi’o contigs database with default parameters,

it will open an interactive interface that looks like this: 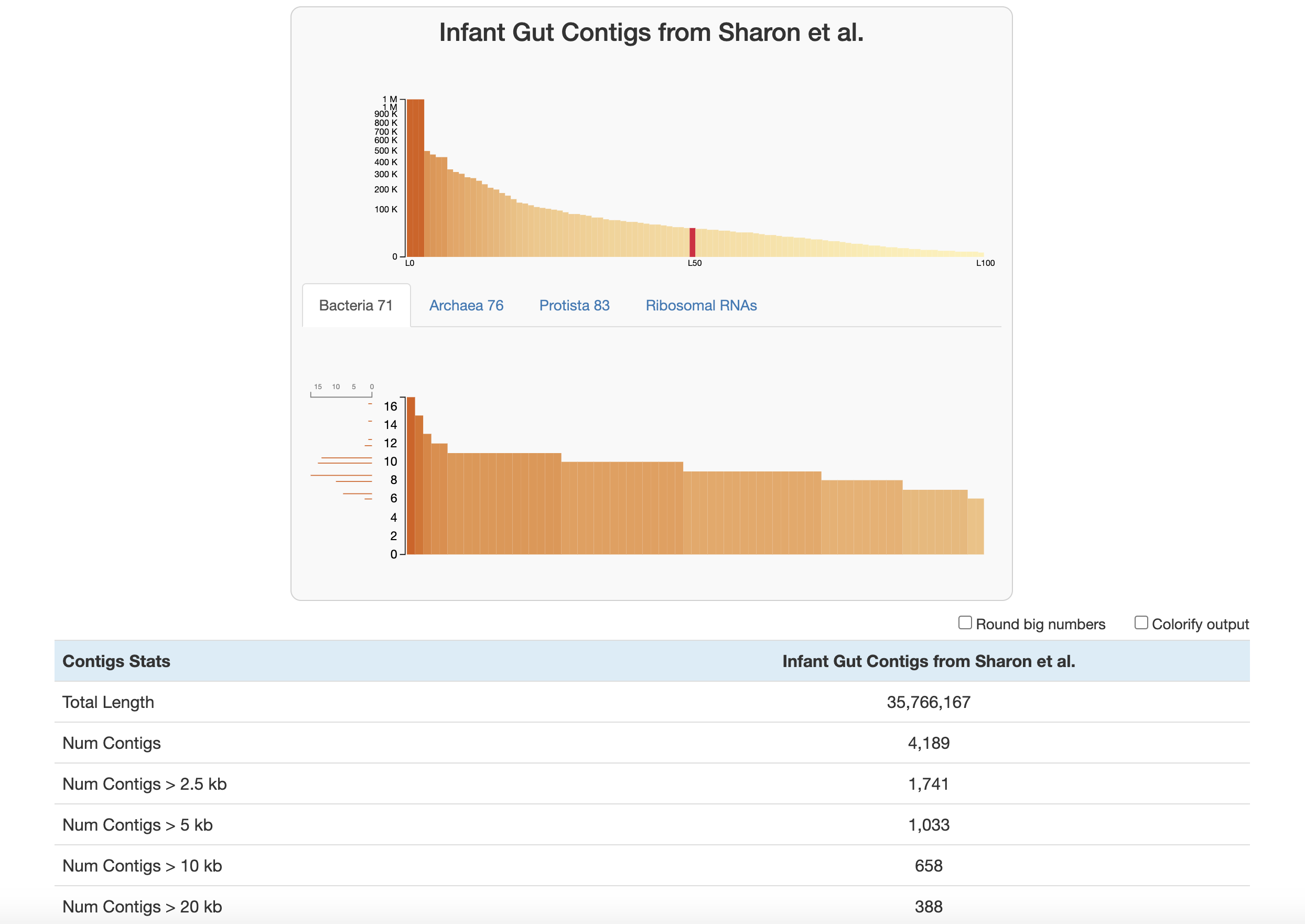 At the top of the page are two graphs:

Below the graphs are the contigs stats which are displayed in the following order:

If you wish to report contigs-db stats as a supplementary table, a text output will be much more appropriate. If you add the flag --report-as-text anvi’o will not attempt to initiate an interactive interface, and instead will report the stats as a TAB-delmited file:

There is also another flag you can add to get the output formatted as markdown, which makes it easier to copy-paste to GitHub or other markdown-friendly services. This is how you get a markdown output instead:

Here is an example output:

You can easily convert the markdown output into PDF or HTML pages using pandoc. For instance running the following command in the previous output,

will results in a PDF file that looks like this: 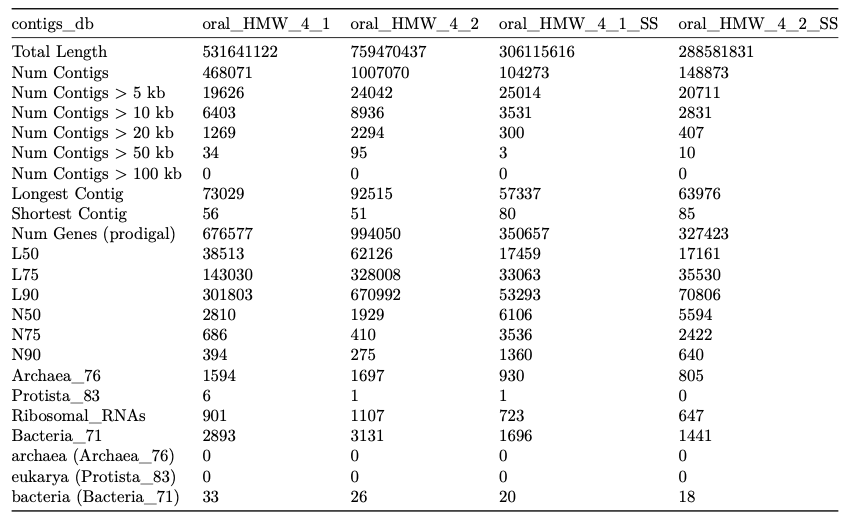 Are you aware of resources that may help users better understand the utility of this program? Please feel free to edit this file on GitHub. If you are not sure how to do that, find the __resources__ tag in this file to see an example.